* In case of any delay in receiving the OTP, you may verify it later. Please proceed without verification.

Enter your City name or Pincode

Jogindernagar also written as Jogindar Nagar, is a hill station located in the Joginder valley of Himachal Pradesh. The town comes under Mandi district of the state. Jogindar Nagar is named after Raja Joginder Sen, the king of Mandi. Its original name was Sukrahatti. Jogindar Nagar is famous in the name ‘The City of Powerhouses’, as it is the only town in Asia that have three hydro-electric power stations. Other specialty of this town is that it is the first free Wi-Fi city of Himachal Pradesh. 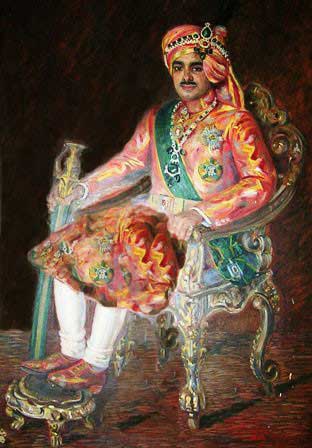 Raja Joginder Sen and Col. B. C Batty planed a hydel power scheme near Sukrahatti village in 1925. The heavy machineries were transported from Britain through a 1, 220 m narrow-gauge railway track laid from Pathankot to Joginder Nagar. From the site of Shanan Power House to Barot, a Haulage-way system was laid and a reservoir was constructed here on Uhl River. After tunneling kilometer to pipe water from Uhl River to Joginder Nagar, a team of engineers headed by Colonel batty constructed Shanan Power House of 110 MW. It was the only hydroelectric project in northern India and it fed undivided Punjab and Delhi. They also had a plan to construct five power stations using the same water drawn from the Uhl River. The used water of Shahan Power House was carried to a distance of 8 km through different tunnels in adjoining Siyuri Dhar. A reservoir, which was constructed at Chapprot village, would be used for driving turbines in stage 2 of project at the base of Chapprot hill. However, as Colonel batty died, the pan was not worked. Later, Himachal Pradesh State Electricity Board decided to continue with the plan in 1960.

Another set of turbines were added at a small villages in the bottom of Chapprot hill called Bassi. Thus Bassi Power came was built. As Bassi Power House used the tail-water of Shanan project, it could produce electricity at the cheapest. However, any further development was not seen till 21 century. The construction Uhl Stage III, the third stage of project is under progress at village Chulla near Tullah. It has two reservoir one at Raktal village near Chulla and another near the Machhyal Lake.

Joginder Nagar is located in the north-western ranges of the Himalayas at the north-east corner of the Joginder Nagar Valley. It is situated at 31.98°N 76.77°E with an average elevation of 1,010 meters. The city is surrounded mountains on all sides covered with thick forests of pine. There are Rhododendron (locally known as brah ka fool) and Deodar trees at high altitude peaks like Winch Camp. Joginder Nagar is a very high damage risk zone and earthquake hazard zoning of the country. We can still see the after-effects of the earthquake of 1905 nearby Kila Karanpur.

Joginder Nagar generally has a pleasant climate with a mild and light summer and a chilly winter. The temperature may vary from 18°C to 28°C during summer seasons (May-June). It is generally hot or warm with clear sky. Monsoon period is experienced here between Jul and September with a temperature between 16°C to 26°C. Continuous rain as well as warm and humid climate is the features of this season. The temperature may down from 14°C to 0°C in Joginder Nagar during the winter season. Snowfalls also occur in this time rarely. March to April is the spring season with moderate rain and thunderstorms. In autumn season that prevails from October to November, the city has a pleasant climate with chilly evenings.

As per the India census of 2001, Joginder Nagar had a population of 5, 046 constituting 53% of males and 47% of females. The city has an average literacy rate of 79%, which is higher than the national average of 59.5%. Children under six years of age constitute 10% of the total population. The male literacy in Joginder Nagar is 84%, while female literacy is 74%.

Most of the people, who live in Joginder Nagar, are the natives of Himachal Pradesh and Punjab. They came here to work in Shanan Power House, which is currently under charge of Punjab State Electricity Board. The major religions here are Hinduism, Sikhism and Tibetan Buddhism. Small percentage of Christians and Muslims are also living here. Major portion of Tibetan Buddhists and monks settle near village Chauntra. Hindi and dialects of Pahari are the commonly used languages in Joginder Nagar. The style of western pahari is changed in the region varies from Mandyali to Kangri due the closeness to Kangra district. Some people also speak Punjabi. 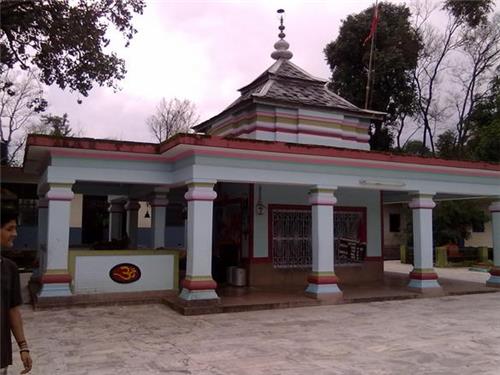 Joginder Nagar is one of the important tourist spots in Himachal Pradesh, This hill station is the favorite destination of people who like trekking and other adventurous activities like swimming and paragliding etc. There are numerous attractive tourist locations in and around the town. Winch Camp, Lakshmi Narayan Temple, narrow Gauge Railway, Chaprot, Machyal Lake and Herbal Garden and Museum are the important tourist locations in the close proximity of the town. There are many other places within a distance of around 25 km from Joginder Nagar like Barot, Baijinath, Jhatingri, nargu Wildlife Sanctuary and Bir-Billing. Read More..........................

Being a developing tourist destination in Himachal Pradesh, more and more banks are showing interest in opening branches in the city. Even though nationalized banks that have branches in Joginder Nagar is less in number now, we can hope a significant development in banking industry here in a recent future. Some of the important bank branches in the town are listed here.

The nearest airport to Joginder Nagar is Gagal Airport in Kangra and it is 60 km away from the town. Flights from major cities like Delhi and Chandigarh etc. are available to this airport. Joginder Nagar is terminal point of Kangra Valley Narrow gauge railhead that has 163 km length. It connects the city to Pathankot and thereby to the rest of the Indian railway network. But travelling to Joginder Nagar in train is time consuming, as the train can run slowly on hilly terrains and slopes. However, it is good option for sight-seeing. 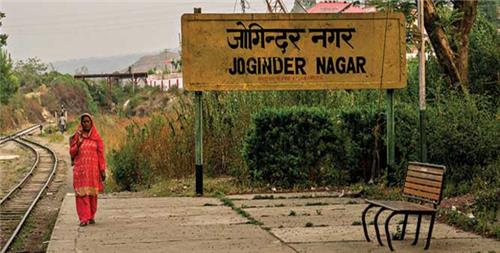 Jogindarnagar Railway Station
Una Himachal (UHL) at a distance of 76 km and Amb Andaura (AADR) at a distance of 72 km are the nearest railway stations to Joginder Nagar. Joginder nagar city is well connected with all major junctions through roadway. National highway 20 passes through the town. Buses and taxis are the commonly used modes for local transportation in the city. Joginder Nagar has a bus station and bus services are available to this city from many major cities of the country. You can reach to Joginder Nagar within 2 hours from Dharmasala and within 6 ours from Chandigarh with self-driving.

To conclude, Joginder Nagar should be included in the list of must visited tourist destinations during your pleasure trip to Himachal Pradesh. This hill station gives tremendous options for trekking and adventure lovers. It is also an ideal location for those, who like to have leisure time with their family or friends.


Joginder Nagar at a glance

Comments / Discussion Board - About Joginder Nagar